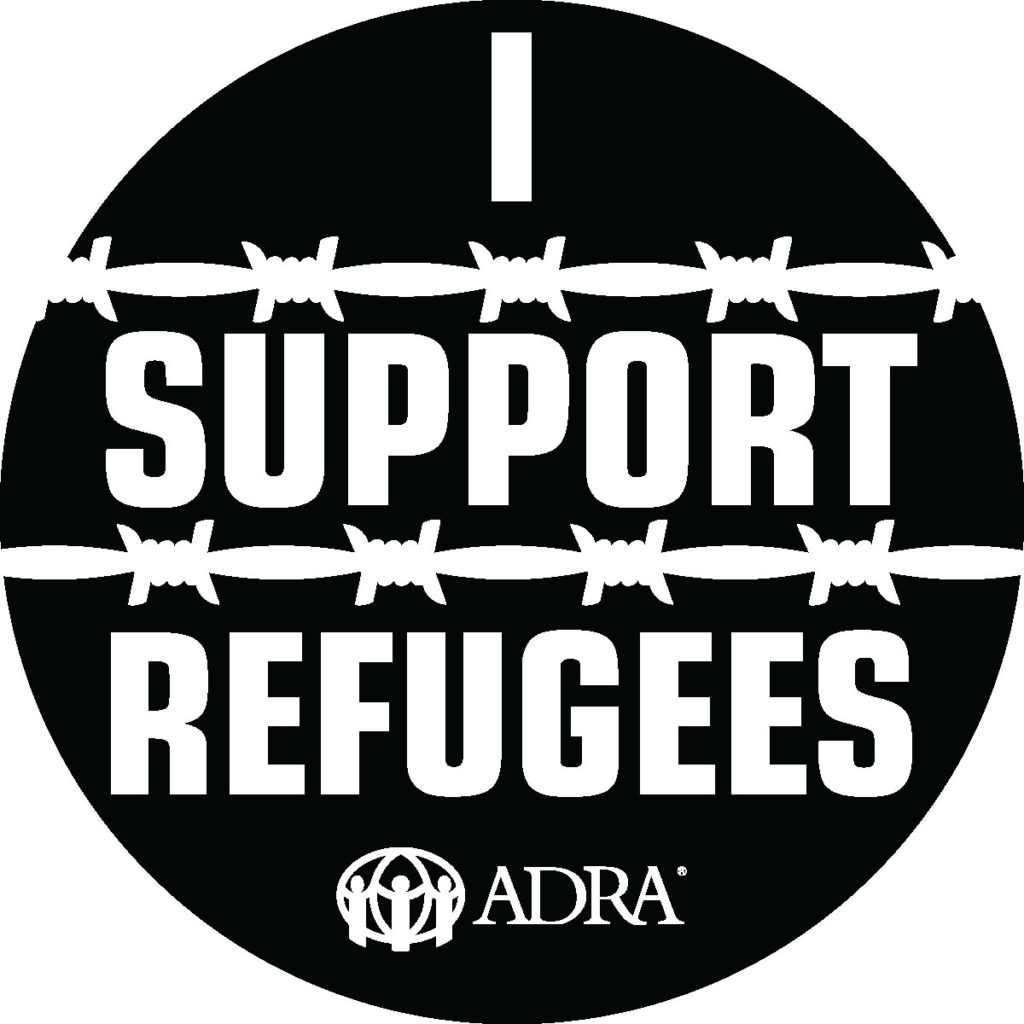 For decades, the Adventist Development and Relief Agency (ADRA), which serves as the humanitarian arm of the Seventh-day Adventist Church, has championed the rights and wellbeing of people displaced by conflict and persecution—men, women and children of all different faiths, ethnicities and nationalities who have survived unspeakable hardship, terror and loss.

In 2016 alone, more than 1.5 million refugees, internally displaced and stateless persons in around 40 countries received shelter, food, clean water, hygiene goods, access to education, psychosocial support, and other services through ADRA as part of our mission to love and help the most vulnerable during their time of greatest need.

As we mark World Refugee Day (June 20) in 2017, more than 65 million people continue to be displaced globally, according to the refugee agency for the United Nations, UNHCR. Approximately 22.5 million of these are refugees. To ADRA, these numbers mean one thing: we cannot afford to waver in our response to help those displaced by conflict, persecution or disaster.

In this time of overwhelming need, we commend those nations who have risen to meet the need by expanding refugee resettlement programs and contributing financially to global refugee efforts. We encourage all nations to continue to work together to uphold the rights and dignity of refugees around the world. We make this plea at a time when refugees and other immigrants around the world are being increasingly targeted by hate speech and despicable acts of cruelty because of their religion, ethnicity, or nationality.

Today, ADRA reaffirms its commitment to embrace and assist those in need. We will not be guided by political expediency or public opinion, but instead will follow our faith and conscience, which we hold above all things.

When we see a refugee, we see a human being brimming with hopes, dreams, and untapped potential. Each person has value, because each one of them is a child of God.

In a time of such unprecedented need, it is imperative that we stand united, not in hate and fear, but in love and compassion, to work together to end human suffering around the world.

ADRA would like to thank the many supporters—individual donors, churches, volunteers, non-profit organization and government partners—who have worked side by side with us every day to ensure that those forced from their homes can once again live a life of safety, peace, and belonging.

To learn more about how you can join us in helping refugees in Italy visit adraitalia.org/donate